Sir Winston Leonard Spencer-Churchill (30 November 1874 – 24 January 1965), was a soldier, writer, leader, statesman, politician, prime minister, officer, artist, an orator and more. Today we traveled over to Westerham, Kent, England (30 minutes from home) and toured Chartwell House. Chartwell was his home from 1922 when he purchased the estate without consulting with his wife, Clementine. (She really didn’t think they could afford the property and thus never really did like it.) Wealthy business purchased the property in 1946 when the Churchill’s agreed they could no longer afford the upkeep. More history can be found at Wikipedia.

The National Trust now owns and operates Chartwell House. One can tour the home (all except servant quarters), the gardens (including the vegetable garden which services the on-site restaurant), his studio, and the grounds. We spent the afternoon wandering around and going through the home. Much has been left just as it was when he died. Ningning commented on the ‘neat freak’ that Churchill was – and how my library/studio would look just like his. Truly a worthwhile visit! 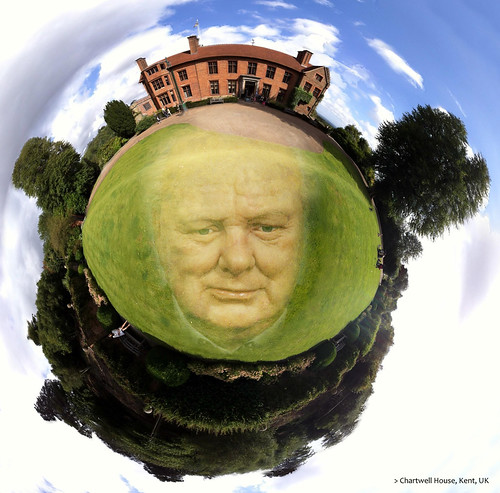