Spent this week attending the Harvard Program on Negotiation Executive Education summer session in Cambridge. For the first time the 3-day event was held on the Harvard Law School campus. Below are some photos taken and a catalog of the Professors who lectured. I’ve included some videos found in the public domain which represent the topics they discussed. More commentary to come!

What was my #1 takeaway? Relationships matter. Makes no difference if you feel the negotiation is a one-off or you’ll never encounter the other party again, you must care for the relationship. It matters. Deeply. 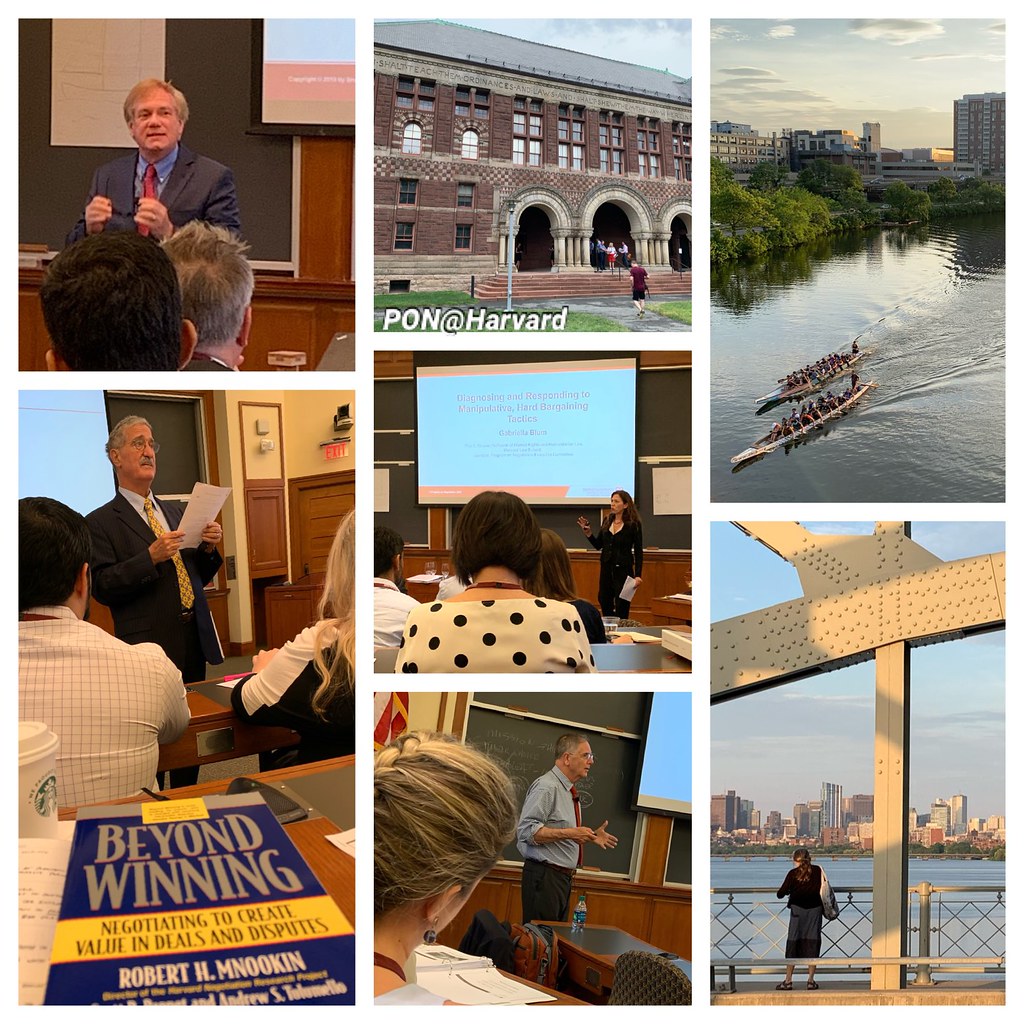 Professors and Associated Videos:
Gabriella Blum, Rita E. Hauser Professor of Human Rights and Humanitarian Law
Her most famous book is Laws, Outlaws, and Terrorists: Lessons from the War on Terrorism.

Daniel L. Shapiro, Founder and Director, Harvard International Negotiation Program
His two most popular books are Beyond Reason: Using Emotions as You Negotiate and Negotiating the Nonnegotiable: How to Resolve Your Most Emotionally Charged Conflicts.